The only thing that helped me sleep 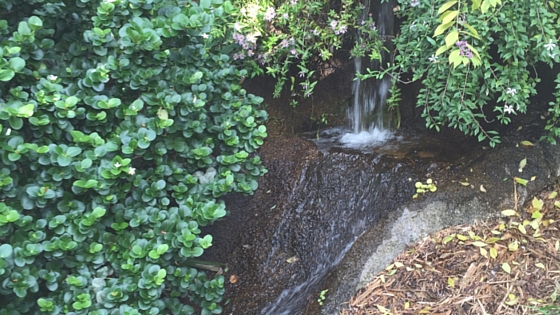 Do you remember that cute scene in “While You Were Sleeping” where the Grandma, Elsie, sitting in the church pew during service, says, “But I liked the Mass better in Latin, because you couldn’t understand what they were saying!!!!”

She is adorable.  And I know what she means.  I mean, obviously, you want to understand your pastor when you go to church, but, during the very difficult time in my life when I could not sleep, night after night, struggling with grief and loss, I happened to go to a yard sale hosted by one of my very talented piano students, and she had a box of audio cassette tapes.  Rummaging through the music tapes, I came upon one with blue clouds on the front, with the title, “The Benedictine Monks of Santo Domingo de Silas,” which she promptly gave to me.

I took it home and put it in the tape player that night, and the ethereal, gentle rise and fall of the voices in unison, intoning their deeply spiritual plainsong, lulled me into sweeter sleep than I would have dreamed possible just the day before.   I believe that some kind of blessing has been carried in that music over the centuries.

Now, I realize that the Catholic church has had its strange epochs, and that the Spanish Inquisition, among other things, have blighted somewhat its legacy.  We are all fallen short of the glory of God, though, and each of us require forgiveness.  No one is exempt from the need of redemption.  And the Church has done much good; one of my favorite stories is that of the Catholic priest, Hugh O’Flannery, who during WW II smuggled and protected thousands of Jews and British and American POWs and helped them escape the Nazi annihilation.  (See the movie, “The Scarlet and the Black,” starring Gregory Peck, Christopher Plummer, and John Gielgud.)

Be that as it may, when I go to sleep, I need music that is non-verbal and very simple and soothing.  As a musician, I tend to lay there analyzing the chord structure and the performance dynamics, etc, and it is difficult to go to sleep when you are in the middle of a professional analysis.

When you sleep, if you are the midst of a battle, you need more than ever to curl up like a baby in its mother’s arms and rest secure in the knowledge that your Father’s angels are all around you, no matter the storm that threatens you or the dark of night surrounding you and tempting you to despair.

“He who dwells in the shelter of the Most High

Will abide in the shadow of the Almighty.

I will say to the LORD, ‘My Refuge and my Fortress,

For He will deliver you from the snare of the fowler and from the deadly pestilence.

He will cover you with his pinions, and under His wings you will find refuge;

His faithfulness is a shield and buckler.

Your will not fear the terror of the night,

nor the arrow that flies by day.

nor the pestilence that stalks in darkness,

nor the destruction that lays waste at noon.

A thousand may fall at your side, ten thousand at your right hand,

but it will not come near you.

You will only look with your eyes and see

the recompense of the wicked.

Because you have made the LORD your dwelling place–

the Most High, Who is my Refuge–

no evil shall be allowed to befall you,

no plague come near your tent.

For He will command His angels concerning you

to guard you in all your ways.

On their hands they will bear you up,

lest you strike your foot against a stone.

You will tread uon the lion and cobra,

the young lion and the serpent you will trample down.

Because He has loved Me, therefore I will deliver him;

I will set him securely on high, because he has known My name.

When he calls to me, I will answer him;

I will be with him in trouble;  I will rescue him and honor him.

With long life I will satisfy him

and show him my salvation.”

You have Successfully Subscribed!